Join Us at the Polls on November 6th Our co-op’s number one priority is providing our consumer-members with safe, reliable and affordable electricity. But doing this job requires more than stringing and maintaining power lines throughout our service territory. It requires political engagement. That may seem far removed from our core mission, but it’s essential to serving you, our consumer-members.

Co-ops Vote encourages all co-op members to participate in national, state and local elections while educating political candidates and elected officials about the important role played by electric cooperatives in their communities.

Through this program, electric co-ops realized they had a unique advantage: As co-ops, the civic virtue of voting is in our DNA. We show concern for community—one of the seven cooperative principles—through participation in our democracy.

Co-ops have another advantage. Elected officials and decision-makers across the political spectrum trust us because of the work the electric cooperative family has put into political engagement. When we all get involved, we can make things happen politically and in our local communities.

Our participation in Co-ops Vote helps to ensure that rural issues remain part of the national discussion—and are supported by our elected officials. But Co-ops Vote isn’t just for co-ops. It’s for co-op members just like you.

You can participate by registering to vote and committing to cast your ballot on November 6. If you’re interested in getting more involved, just give us a call or visit www.vote.coop to learn more about the upcoming elections and access online tools that can help you participate. We look forward to seeing you at the polls on Election Day!

Dan Riedinger writes on consumer and cooperative affairs for the NRECA, the national trade association representing more than 900 local electric cooperatives. From growing suburbs to remote farming communities, electric co-ops serve as engines of economic development for 42 million Americans across 56 percent of the nation’s landscape. 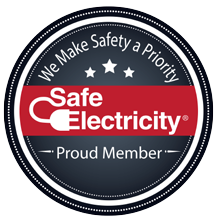